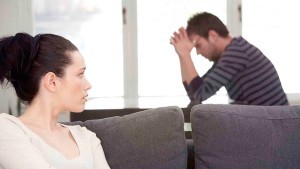 Beer alcoholism is not a type of alcoholism, but only indicates the drink that led to the addiction. Just as in the case of strong alcoholic beverages, regular consumption of beer sooner or later leads to the development of alcoholism, however, mental dependence in this case forms much faster.

The main problem is that beer is not considered a serious alcoholic beverage. However, overuse can be as problematic as vodka, wine, and other spirits.

With regular consumption of beer, acetaldehyde, which is a metabolite of alcohol, is not excreted from the body, but accumulates in the tissues, causing serious disturbances in the functioning of internal organs. Drinking large quantities of beer can lead to fatty degeneration of the liver, which has a negative effect on its functioning, and with further progression of the disease, it becomes the cause of liver cirrhosis.

As a rule, beer lovers do not recognize their addiction, so they turn to specialists for help already at the stage of the formed disease. Among the primary signs that may indicate the development of the disease, one can single out:

Treatment of beer alcoholism, as well as the fight against alcoholism in general, should touch on all aspects of the development of the disease – biological, mental, social and spiritual. Private Clinic “Transformation” offers a unique course based on the “12 steps” program developed in the last century in the United States. With its help, millions of people in all corners of the globe have found freedom from all types of addiction. Rehabilitation in our clinic is an opportunity to become free people again.

The effectiveness of the course depends on the joint efforts of our specialists, the patient and his family. Therefore, the treatment of beer alcoholism without the knowledge of the patient has a temporary effect and does not guarantee a stable remission. We provide psychological assistance to motivate the patient for treatment. You can find out more details about how much the treatment costs, the cost of individual services by calling the free hotline indicated on the website. We provide services in Dnepropetrovsk, Zhitomir, Zaporozhye, Kiev, Odessa, Kharkov and other cities of Ukraine.

Acknowledging Our Powerlessness: The first step in the program for the addict is to admit that he is no longer in control of his own life. Understanding that we cannot save our lives on our own is the first step to our recovery.

In his struggle with the disease, the patient can enlist the help of God, such as he sees him.

The patient learns to trust the power that leads him to recovery; he completely delegates control of his life to this power.

The stage of careful introspection: the patient reveals his hidden fears and negative experiences to the group in order to understand the root cause of the development of the disease.

The patient accepts himself and his negative experience; he admits his mistakes not only to himself, but also to his loved ones and to God leading him.

The patient prepares for active actions aimed at getting rid of the disease. He understands that alcohol or drugs is not the cause of addiction. The reason lies in himself. You can defeat addiction only by changing yourself.

Based on the experience of other members of the group, patients begin to correct their own behavioral patterns, correcting their shortcomings.

The patient makes a list of the people he has harmed during his illness and prepares himself to apologize for the pain and make amends.

The patient apologizes and compensates for the damage to all people offended by him. Thus, he gets rid of remorse and forgives himself.

The patient develops the habit of constantly analyzing his actions and immediately admitting his mistakes. This is learning self-control and responsibility for his life

The patient continues his path of reflection. This allows him to develop the spiritual essence of the addict, his moral sphere.

The patient uses the knowledge gained during the course to help himself and other victims of addiction. He uses these skills in all areas of his life, thus achieving inner harmony and happiness.

Анна, 25
Friends, hello everyone! I want to say a big thank you to the
Igor, 25
Hello everyone. He began using drugs by injection at 15, alcohol and grass were even earlier. During the period of use, problems with the police, health and the loss of all relationships with people close to me became the norm. In the last 2-3 years, the meaning of life was lost, I was deeply depressed with suicidal thoughts. 4.5 years ago I applied to the
Sergei, 33
I am from the Luhansk region, at the moment I have been in complete sobriety for 4 years. Before the rehabilitation center
Alexei, 30
My name is Aleksey. I am 30 years old and addicted. At the moment I am in stable remission thanks to the
Denis
Hello everybody. I have been in trouble since 93 and have been using everything. The last seven years have been a dense heroin system. Nothing helped, neither detoxification, nor grandmothers, nor sorcerers. At the next detoxification in narcology, he met with an employee of the rehabilitation center
Novel, 38
Before I turned to MAA for help, it seemed to me that my life had lost all meaning. I was on the verge of being overcome by feelings of despair. Thoughts about death. The drug has destroyed all areas of my life. Rehabilitation restored my confidence in myself. The team of the IAA, Dnipro region, in my opinion, performed a miracle. I completed the program and made the decision to learn and develop in the organization. The support of the MAA therapeutic community gives me the confidence and strength to move on and live soberly.
Victoria
I am 18 years old. I have been drinking alcohol for 3 years, which is why all these years I got into unpleasant situations, after which I miraculously remained alive. Because of my use, I lost control of myself, relations with my family deteriorated intolerable. At one point, my father brought me to rehabilitation, for which I am now grateful to him after completing a full course of rehabilitation. I had enough time to think it over and put everything in its place in my delusions and inability to control my use and further life. This organization taught me a lot. First, I learned to live in sobriety, cry and laugh with real feelings, say “I love” my parents, appreciate many little things that I had not previously paid attention to, reconsidered my views on the world. MAA is changing my life in stages.
Alexei
I have been using opium for about 8 years and have three convictions. I haven't worked anywhere for more than two months. Once in rehabilitation, he stopped using drugs, established relations with relatives and friends. He began to live a normal life - for which I am grateful to the association.
Catherine
I express my deep gratitude to the staff of the center for their desire to make our relatives healthy, to guide them along the difficult path to a sober life and to instill a desire to stay sober. Roman has been married for three years. When our child was born, I found out that my husband is a drug addict. He was on the verge and did not know how to continue to live, but he wanted to get rid of this bad habit. Roman's mom and I found an ad for MAA Dnipro on the Internet and called there. The next day he was already at the center, where he began to undergo a rehabilitation program in the city of Dnipro. 30 months have passed, my husband is sober. At the moment, he works in the same center where he underwent rehabilitation. Now my husband is helping other addicts to fight the “disease”. Now we rejoice in every day we have lived, I have no more anxiety for my husband, for the future of our family. I know that everything will be fine now. I don't want to go back to the past. Thanks to the center, my spouse climbed out of the bottom, where drugs had lowered him. I wish you health, success in your hard work, to which you devote your life. Thank you.
Olga
I want to say a huge thank you to the staff of MAA Dnipro, who support my son Roman in sobriety to this day. The son was addicted for 17 years, when our family learned about his
Drug addiction treatment in Ukraine Dnipro Kropyvnytskyi (Kirovograd) Krivoy Rog Kharkiv Chernihiv Zaporizhzhia Kiev Odessa Lviv Zhytomyr Poltava Ivano-Frankivsk Kherson Sumy Cherkasy Vinnytsia Donetsk Nikolaev Khmelnitsky Rivne Uzhgorod (Transcarpathia) Lutsk Ternopil
Alcoholism treatment in Ukraine Dnipro Kropyvnytskyi (Kirovograd) Krivoy Rog Zhytomyr Kharkiv Poltava Zaporizhzhia Kiev Sumy Kherson Cherkasy Chernihiv Vinnytsia Donetsk Nikolaev Lviv Ivano-Frankivsk Odessa Uzhgorod Rivne Khmelnitsky Lutsk Ternopil
Gambling addiction treatment in Ukraine Dnipro Sumy Odessa Poltava Lviv Kharkiv Zaporizhzhia Kherson Kiev Zhytomyr Ivano-Frankivsk Krivoy Rog Kropyvnytskyi (Kirovograd) Cherkasy Chernihiv Nikolaev Donetsk Vinnytsia Khmelnitsky Rivne Lutsk Uzhgorod Ternopil
Treatment abroad Rehabilitation Center Tbilisi, Georgia Rehabilitation Center Almaty, Kazakhstan Rehabilitation Center Baku, Azerbaijan Rehabilitation Center Chisinau, Moldova